This Eggnog Trifle is a stunning, beautiful and delicious dessert to make for the holidays. It transforms classic eggnog into a spectacular dish comprised of pound cake, vanilla wafers, an eggnog filling and whipped cream. It is sure to be a crowd pleaser wherever it goes this holiday season. 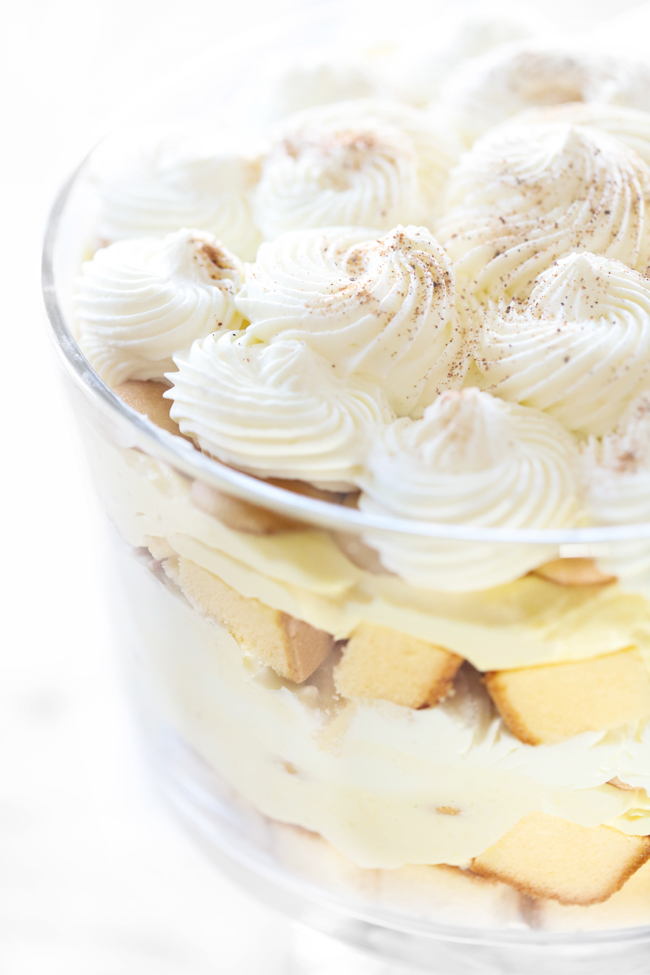 ‘Tis the season for eggnog and some of us are probably loving that more than others. I tend to find myself on team “hates eggnog”. HOWEVER, even though I can’t drink the stuff straight out of a glass, I have come to find that I absolutely LOVE eggnog baked into things and in desserts.

This Eggnog Trifle is truly a show stopper. When I made this recently it received countless rave reviews and several people asking for the recipe. It is pretty simple to throw together and screams “Happy Holidays” with every bite :) 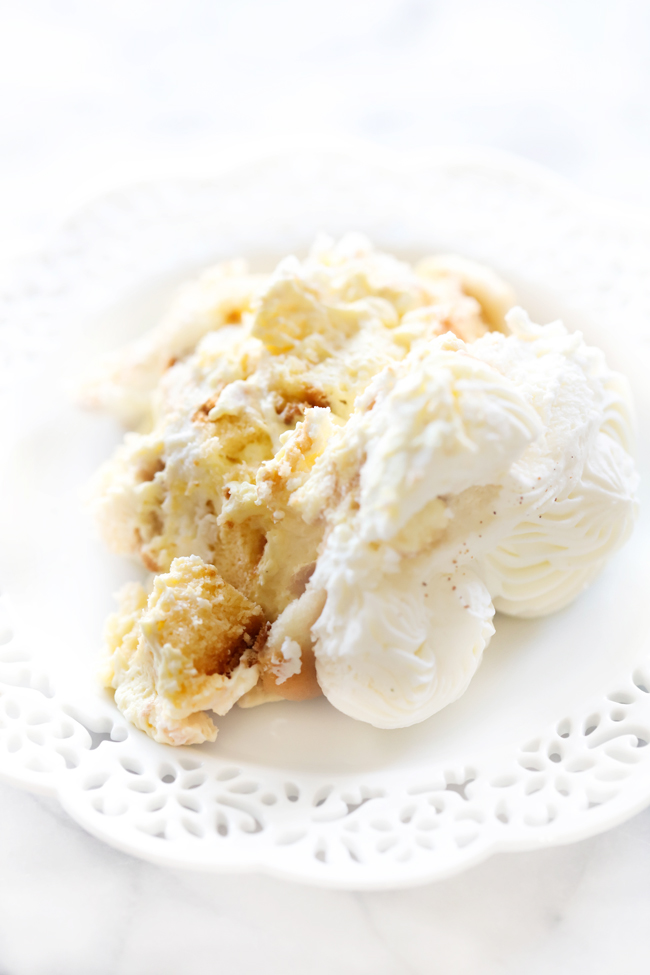