My house has been a sick house the last couple weeks. We are all finally on the mend (thank goodness) but it has definitely not been fun.

Two weekends ago, my daughter came down with a bad cough and a 103.5 fever. My husband, who got his spleen removed earlier this year, was told that when he gets sick, he might get it worse than he typically would have had he still had a spleen. He was also told that if he came down with any fever over 100.4 he would have to call the ER to make sure he didn’t need to come in. Being the paranoid person that I am, I sent him away for the weekend with my little boy so that hopefully my little girl’s sickness would ride itself out and I could get my house sanitized for their return. Well, New Years Eve came and my daughter came down with pink eye, so my husband, who had just drove into town went to his aunts for 24 hours while my daughter started her antibiotics.

Long story short, our New Years eve plans were canceled. Needless to say, I had some bottles of Sparkling Cider that we were going to pop open New Years Eve night to celebrate that never ended up getting used…. so once again, I put it in a recipe :) 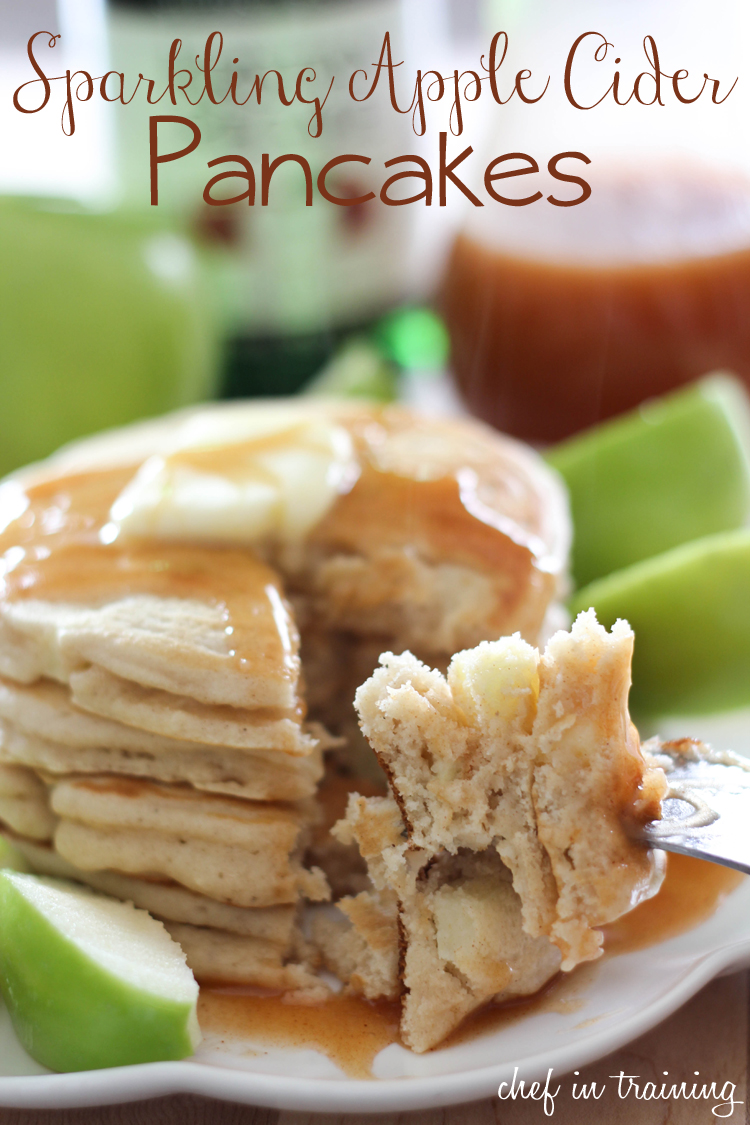 Print
These pancakes are so delicious! With fresh apples inside and sparkling cider, they are sure to be a hit in your home!
Recipe type: Breakfast
Serves: about 10-12 pancakes
Ingredients
SPARKLING APPLE CIDER SYRUP
Instructions
3.4.3177 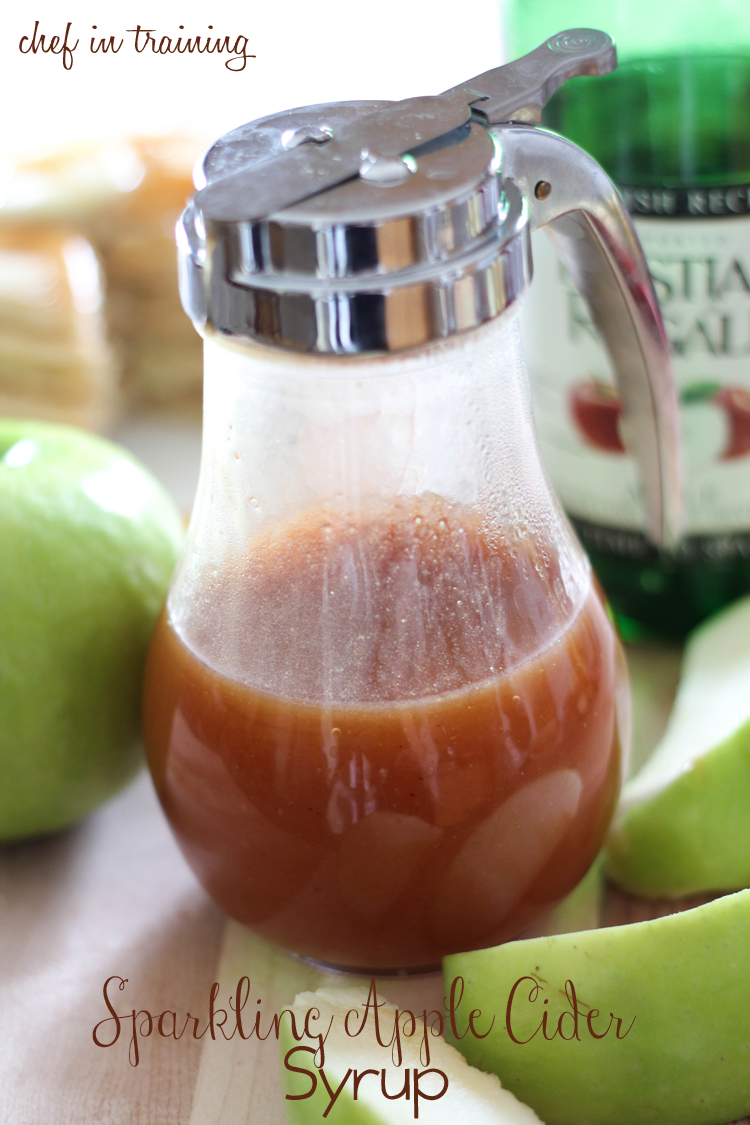