Recently, my mom gave me several Taste of Home cookbooks.  Their recipes are my ABSOLUTE favorite! This recipe came from one of those cookbooks.  To me it tastes like a version of chicken cordon bleu, just with less effort!  Because really, what crock pot meal is not less effort?!It was easy and delicious! 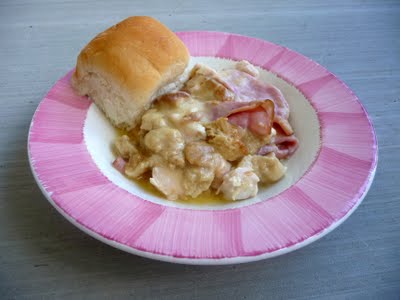