I had a can of Blackberry filling sitting in my pantry staring at me the other day.  I looked at it for a second and decided a blackberry crisp was just the thing!  It was so quick to whip up and tasted delicious! 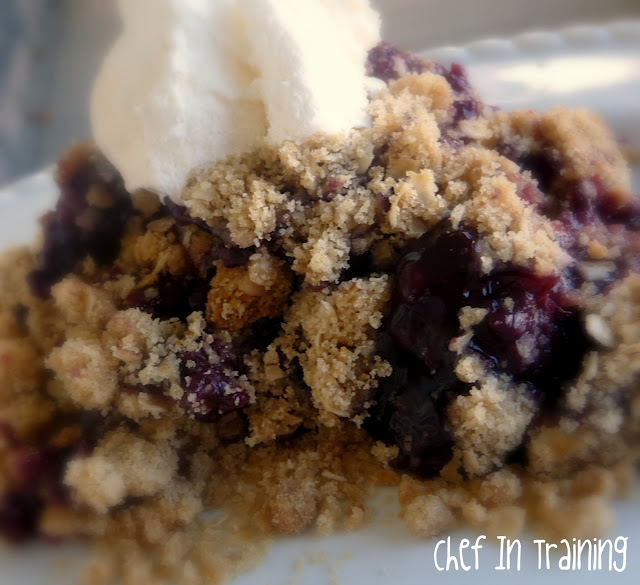 EASY BLACKBERRY CRISP1 (21 oz) can Blackberry pie filling2 cups all-purpose flour2 cups rolled oats1 1/2 cups packed brown sugar1 teaspoon ground cinnamon1/2 teaspoon ground nutmeg1 1/2 cups butterPreheat oven to 350 FIn a large bowl, combine flour, oats, brown sugar, cinnamon and nutmeg.  Cut in butter until crumbly.Press some of the mixture down in an 8×8 pan.  You want to press enough to cover and make a nice crust layer.Then pour in the can of Blackberry pie filling and spread evenly over crust.Top with another layer of the crumbly crust.  (Any extra crumble crust your can freeze for a later time)Bake at 350 for 25-35 minutes or until fruit is bubbly and topping is golden brown.Serve with ice cream or whipped cream.Enjoy!Linking up to these parties and here