There is a wonderful restaurant chain where I live called Kneaders (not sure if it is everywhere in the United States, but it very well could be). Anywho. The weather was pretty cold here recently and I was feeling lazy and didn’t want to cook dinner. Ever feel like that? ;) So I drove myself on over to Kneaders and looked over the soup menu to bring some home to my family. One specifically caught my eye.

I ADORE asiago cheese. I could eat it on or in anything. Okay, maybe not everything, but pretty dang close.

So naturally when I read the name of that soup it was the winner for dinner. And oh. my. gosh. It was INCREDIBLE! So great in fact, that I had to recreate it a few days later.

This copy-cat tasted pretty dang close to the real deal.

If you are looking for a filling, delicious and unique soup to change things up from the norm, this is a great one! 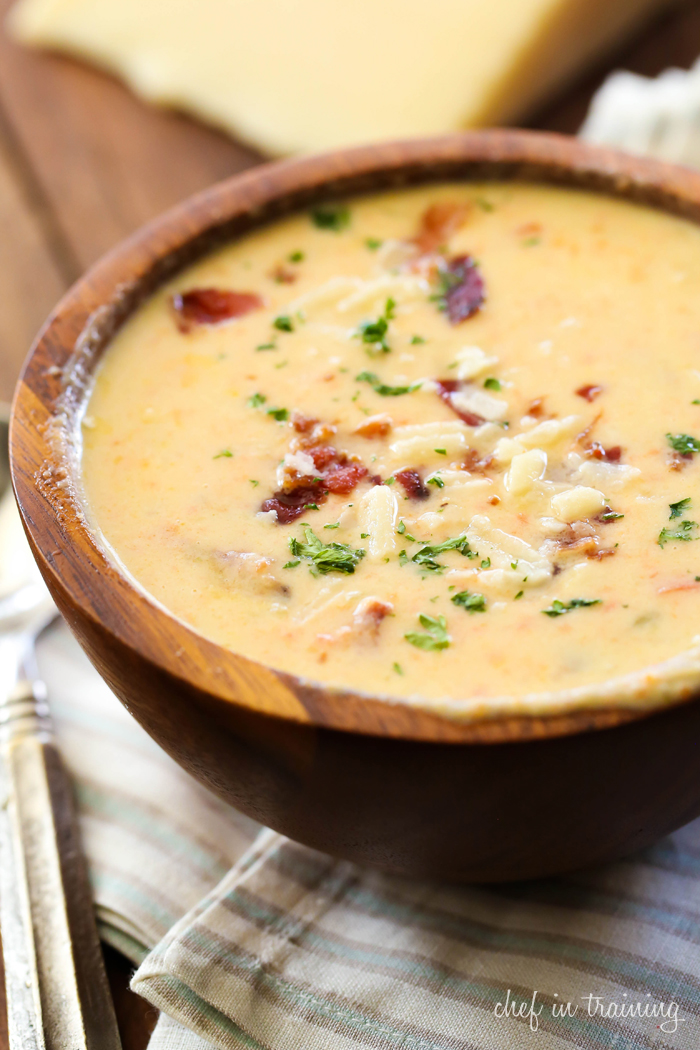 Print
This soup is unbelievably delicious! It is so flavorful, delicious and unique! It will quickly become a new favorite!
Author: Nikki
Recipe type: Dinner
Ingredients
Instructions
3.4.3177
Enjoy!